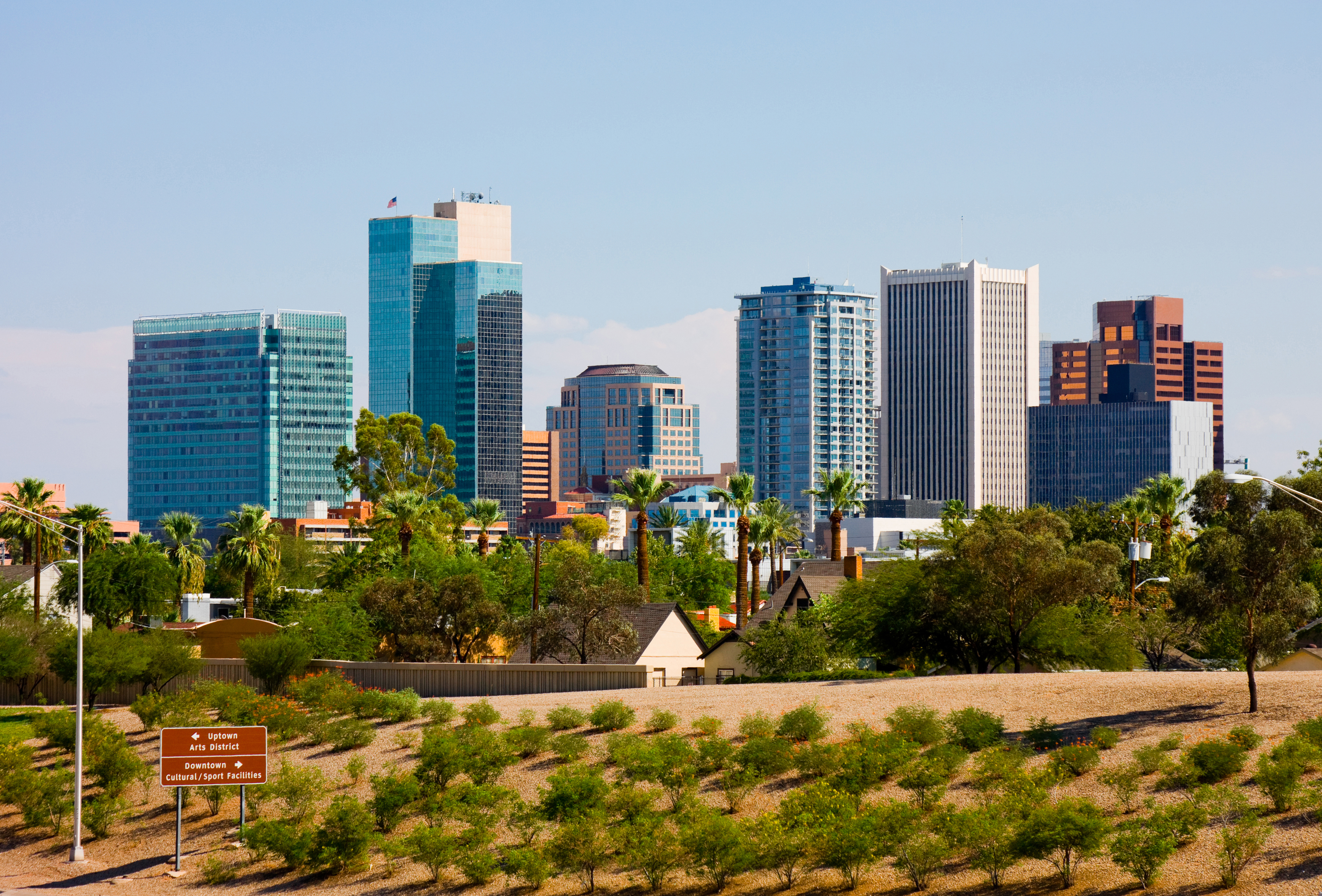 FirmoGraphs keeps its clients up to date on capital plans of interest for long-term business development. We help our customers use this information to gain a competitive advantage and improve proactive conversations with their clients. We recently processed the latest capital spending plan from City of Phoenix, Arizona. Here are the insights we observed.

In the CIP covering the 2022-2027 fiscal years, Phoenix detailed plans to spend $8.5 billion on capital projects, an increase of 3.5% from $8.2 billion in its 2021-2026 CIP. The current CIP has 843 discrete projects, compared to 942 projects in the prior CIP. The table below breaks down the Phoenix’s planned capital spending by business area for its last two CIPs. 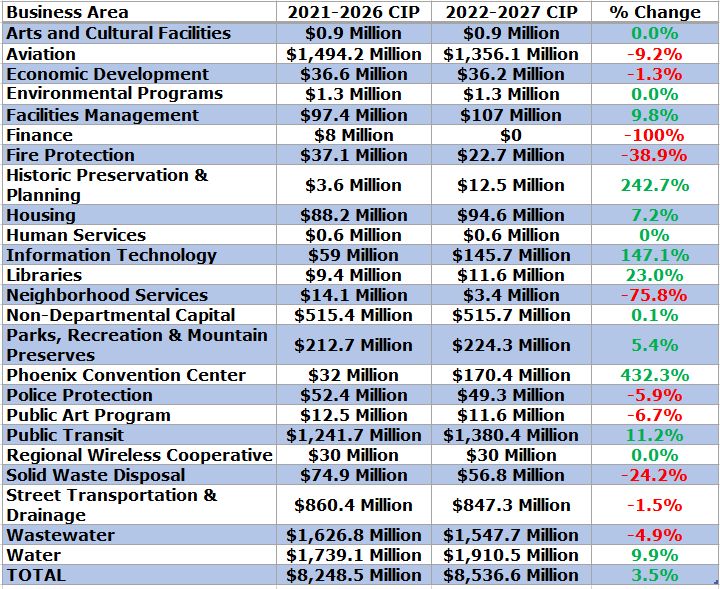 Planned spending in the Water and Public Transit categories increased by 9.9% and 11.2%, respectively, due to the additional spending on existing projects. Planned expenditures on the Aquifer Storage project increased by $48.3 million. The Capitol and I-10 - Phase 1 project and South Central Light Rail Extension project, under the Public Transit, also increased by $60 million each.

Spending in the Phoenix Convention Center category increased by 432.3% due to a new project, the second phase of building and garage renovations at 100 West Washington Street, valued at $150 million. On the other hand, one of the largest categories, Aviation, trimmed down its spending by 9.2% due to the 62 projects near completion in 2022.

The City of Phoenix has four projects valued at more than $200 million. The largest single project is the construction of the Union Pacific Railroad Grade (Trench) Separation, valued $290 million under the Aviation category. Another $248.4 million is planned to build the New Crossfield Taxiway U at Phoenix Sky Harbor International Airport. Under the Wastewater category, $212.6 million is intended for the Cave Creek Water Reclamation Plant Rehabilitation project. Finally, the fourth project, under the Public Transit category is the Capitol And I-10 – Phase 1 project, valued at $204.7 million.

FirmoGraphs curates data about U.S. public sector markets, including capital plans, regulatory developments, and other critical information. We help our customers use this information to gain competitive advantage and improve proactive conversations with their clients. We’d be glad to meet with you and help your company sort through the wealth of information in capital plans and other publicly available documents. Feel free to request a meeting and review the data live in our Business Intelligence platform.