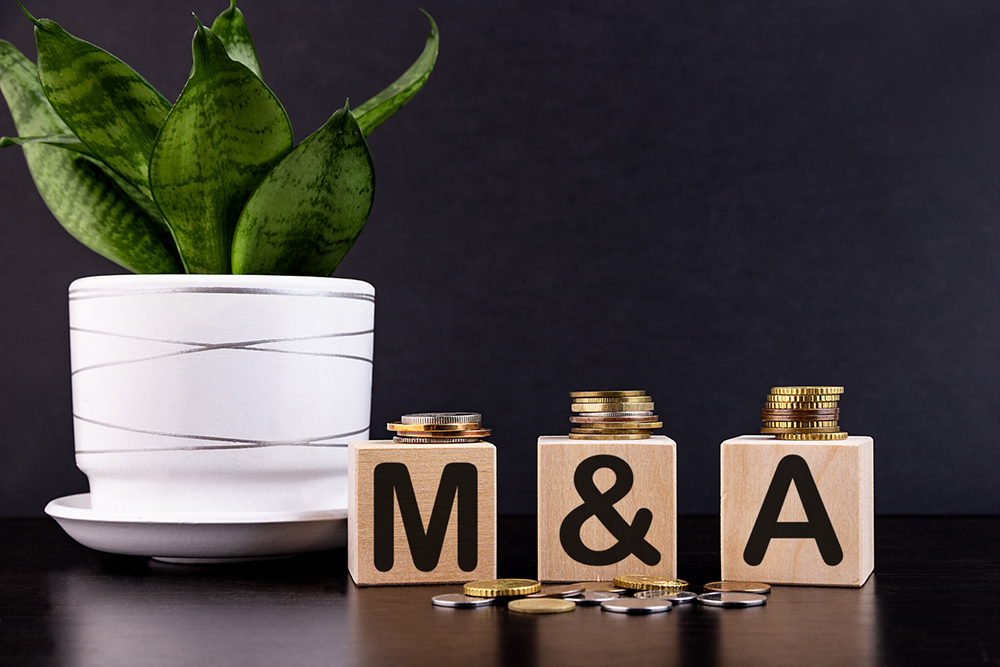 We are pleased to share FirmoGraphs' North American Merger and Acquisition (M&A) Report for the month of June.

In the previous month we recorded recorded 65 completed transactions related to the North American M&A market in 12 different industries. With 20 completed deals, the Healthcare industry stands out again!

With 18 completed deals, Healthcare, again, came out on top! This is another COVID-19 direct consequence since many healthcare companies are trying to enter the immunology market.

As always, our focus is on those operationally-intensive industries that are of interest to our clients (utilities, manufacturing) rather than less asset-intensive markets (retail, banking).

There were 12 completed transactions in the utility industry in the month of June. Among those deals, the most significant one was the purchase of CenterPoint Energy Services by Energy Capital Partners for $400 million.It’s worth noting that regional companies of American Water continued with acquisitions in their respective states, with Californian and Hawaiian branches being active in June.

On the other hand, Infrastructure Investments Fund and El Paso Electric Company extended the termination date for their transaction to the beginning of September 2020, while waiting for the final approval of their transaction.

The oil industry had five completed transactions in June, including finalizing the merger between Ecolab’s upstream energy business (ChampionX Holding) and Apergy Corporation’s subsidiary in a deal worth around $3.9 billion. Another big oil-related deal is approaching as Alaskan officials have approved Hilcorp’s $5.6 billion worth acquisition of BP’s assets in Alaska.

Eleven transactions were recorded in June in the engineered products industry. The biggest completed deal was the $1.6 billion worth merger between Yageo and KEMET. It's worth mentioning that EU antitrust regulators have set a deadline to decide whether they will approve or further delay Alstom’s purchase of Bombardier’s rail division for almost $7.0 billion.

Once again, FirmoGraphs recorded the highest level of activity in the healthcare industry, with 20 completed M&A deals in June. However, although we had that many deals and some of them were really big, the most exciting deal was the one that is still incomplete - the acquisition of Tetraphase Pharmaceuticals. Although this deal is not significant in terms of deal value, we witnessed an interesting chain of events.

We would also like to mention one more transaction that is not related to the North American market, but it's important at the global level. Saudi Aramco bought 70% of the petrochemical giant Saudi Basic Industries for $69.1 billion, making it one of the largest M&A deals in history.

In addition to completed transactions, FirmoGraphs recorded 25 announced future deals in nine different industries. Among the announced deals, a few are particularly significant:

COVID-19 impact on the M&A market

The COVID-19 pandemic came as a surprise. Most of the world was unprepared, which led to massive negative overall effects. These effects include a considerable decrease in economic activity all around the world and a change in the way some industries will operate for at least some time during and after the pandemic. The M&A market was not immune to these effects.

High uncertainty generated by the pandemic, has been the main factor that has led to a decrease in M&A activity across the North American continent. Many companies postponed their planned transactions. There were some terminations of agreed deals during the last few months.

Actually, FirmoGraphs recorded more terminations in April than in all other months combined. Some of those deals were huge deals, like the $6.4 billion worth merger between Hexcel and Woodward, or Boeing's planned deal to buy Embraer’s commercial jets division for $4.2 billion.

All of this resulted in a steady decrease in M&A activity from March till May. It seems that the only industry immune to these effects is the healthcare industry, thanks to many COVID-19 related deals, mostly.

On the other hand, one thing is certain - big investors, led by private equity funds, have been heavily investing and raising money for new investments during the last few months. They are trying to fill the gap on the buyers’ side of the market, and they could be the leading force in the M&A market rebound in the near future.