Coal Fuel and Combustion Products in the U.S. Market 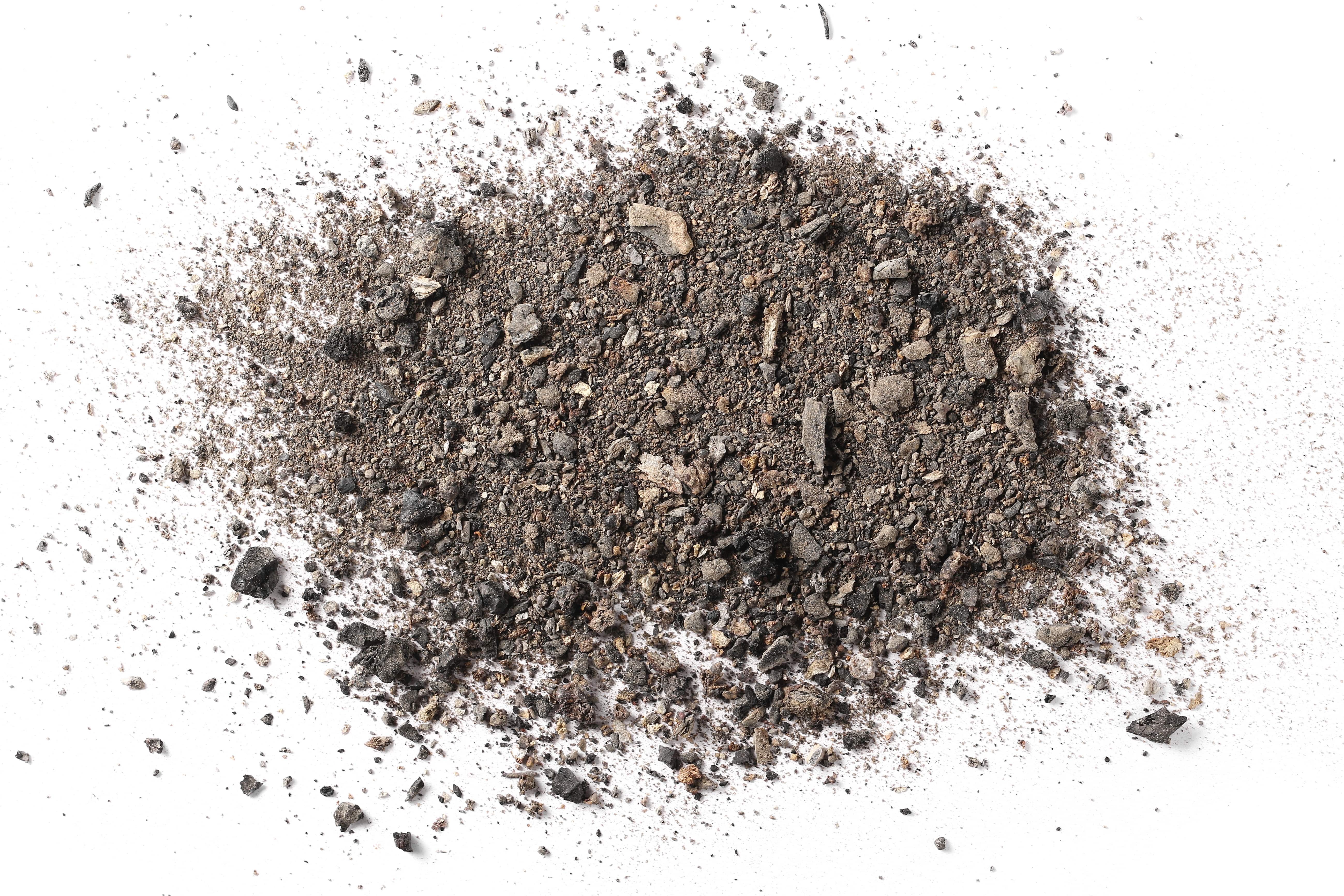 Coal is in the news.  Coal has, for decades, been a cornerstone for U.S. based power production.  There is a strong decline in U.S. coal power generation as a result of economic and environmental pressures.  At a macro level, based on data from the annual U.S. Energy Information Administration (EIA) surveys, nearly 650 million tons of coal are consumed by U.S. power plants annually.

The following chart shows where coal is produced.  It is evident that coal production has declined, and is expected to level-off over the next 30 years.  Coal producers such as Murray Energy have been in the news lately with bankruptcy filings. 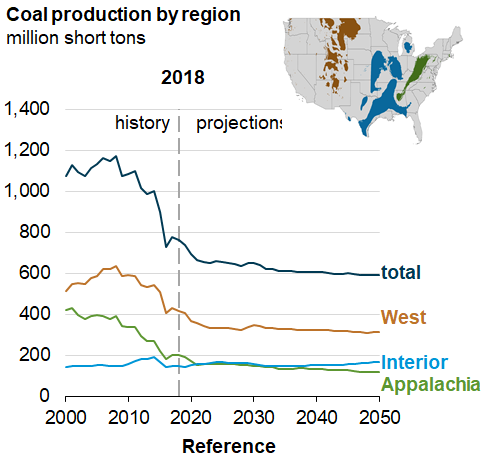 This combination of factors has resulted in a reduction in the changing quantity of coal consumed.  The following bar chart shows the 5-year trend for both coal consumed (blue bars) and coal ash produced (red diamonds).

Why does this matter?  Managed properly, CCPs are not "waste" materials, rather they are important input materials to the U.S. construction industry.  CCPs are are valuable input material in Portland cement concrete manufacturing, for example.  As the rate of newly-generated coal ash production decreases, needed coal ash for cement production will need to come from somewhere, whether it is a domestic or imported source.

There is expected to be an increase in the amount of coal ash available over the next several years, as ash materials become available as they are excavated from certain ash ponds under Environmental Protection Agency (EPA) Coal Combustion Residual (CCR) regulations.  All told, reported coal ash materials subject to the CCR regulations total more than 2 billion cubic yards. Some of this material will be “closed in place”. However, more than 900M cubic yards associated with surface impoundments is at risk of requiring removal at more than 200 sites, involving nearly 400 CCR-regulated surface impoundments.

Whether or not a CCR-regulated impoundment will require closure, and whether that closure is in-place or by-removal, depends on numerous factors.  These factors include whether the CCR units satisfied location restrictions and whether groundwater protection standards (GWPS) were found to be exceeded.  The EPA rules are currently under review, with the EPA's proposed amendments that would shift closure timelines and reclassify certain surface impoundments that have clay liners.  Those proposed changes can be found here: tinyurl.com/EPAProposedAmendments

The ecosystem of businesses and organizations participating in this supply chain is dynamic and sophisticated. Engineering and construction firms such as AECOM have robust and experienced consulting practices helping power generation customers make the best risk-based decisions when it comes to managing coal ash materials.  Marketers of CCP materials, such as Waste Management Fly Ash Direct, focus on by developing reliable markets for fly ash and other CCPs.  Another organization, SEFA, has developed proprietary technology to enable the beneficial reuse of coal ash from surface impoundments or ponds into a useful input for the concrete industry.  The American Coal Ash Association, which recently celebrated its 50-year anniversary, brings together market participants with expertise on coal ash and other materials resulting from coal combustion.

The next 5 - 10 years will continue to be very interesting as the U.S. power generation fleet continues to evolve along with this ecosystem.  Working together the industry will maximize the social and economic benefit of CCP material disposition.  FirmoGraphs plays a modest role in this dynamic landscape by curating data on the coal generation supply chain, from sourcing to consumption and management of produced coal ash minerals.  Start a conversation with us today.