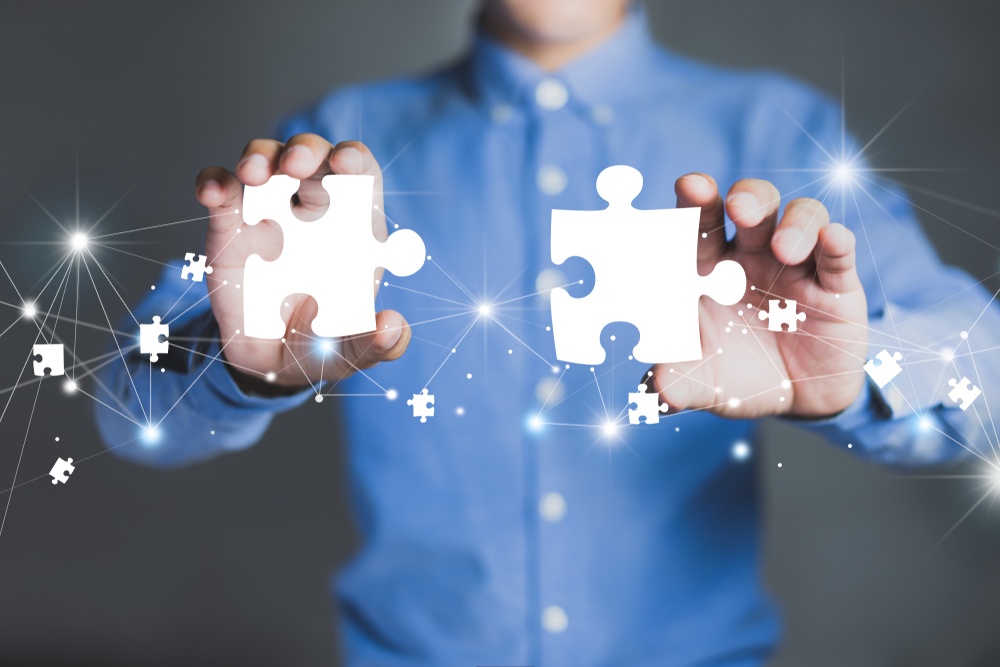 In December, we recorded 71 completed Mergers and Acquisitions related to the North American market, the highest monthly activity level recorded by FirmoGraphs in 2021. With 22 completed transactions, the engineered products industry was the most active industry! 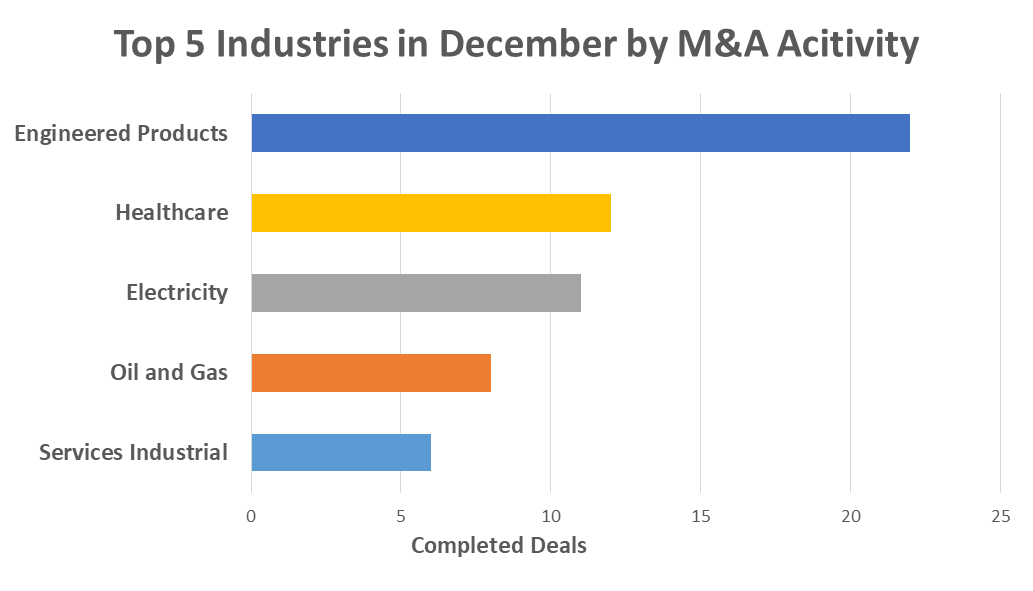 There were 15 completed M&A deals in the utilities industry, 11 related to electricity, and four related to water/wastewater. The largest completed transaction was the business combination between Altus Power and CBRE Acquisition Holdings valued at $1.58 billion. Although it’s not a completion, we should mention an important update on the merger between AVANGRID and PNM Resources. New Mexico Public Regulation Commission rejected the agreement between parties in this multi billion dollars deal.

FirmoGraphs recorded 8 completed deals in the oil and gas industry, 6 of them worth more than $1.0 billion. This is a result of increased activity in the Oil and Gas industry fueled by high oil prices, the highest in years. The largest among those completed transactions was ConocoPhillips’s acquisition of Shell’s Delaware basin assets for $9.5 billion.

With 22 completed transactions, the engineered products industry was the most active in December. The largest deal was Dover’s acquisition of Acme Cryogenics and Engineered Controls International for almost $1.0 billion.

In total, 12 transactions were completed in the healthcare industry last month. By far the largest completed deal was the acquisition of PPD by Thermo Fisher Scientific for $17.4 billion. This was the third largest merger/acquisition in 2021.

The biggest transaction that occurred in December was the acquisition of Kansas City Southern by Canadian Pacific Railway in a deal valued at $31 billion. This transaction created a company with a transportation network spanning from Mexico to Canada and it was the second largest deal in the entire year.

In addition to completed transactions, FirmoGraphs recorded almost 40 announced future deals in December. Among the announced deals, the most notable are:

If we add all other deals announced in earlier months of 2021, but still uncompleted, we can expect an exciting start of 2022.

FirmoGraphs recorded more than 600 completed mergers and acquisitions in the last 12 months. Among the covered industries, engineered products and healthcare industry were the most active ones in terms of number of completed deals. Utilities, industrial services and the oil and gas industry follow. 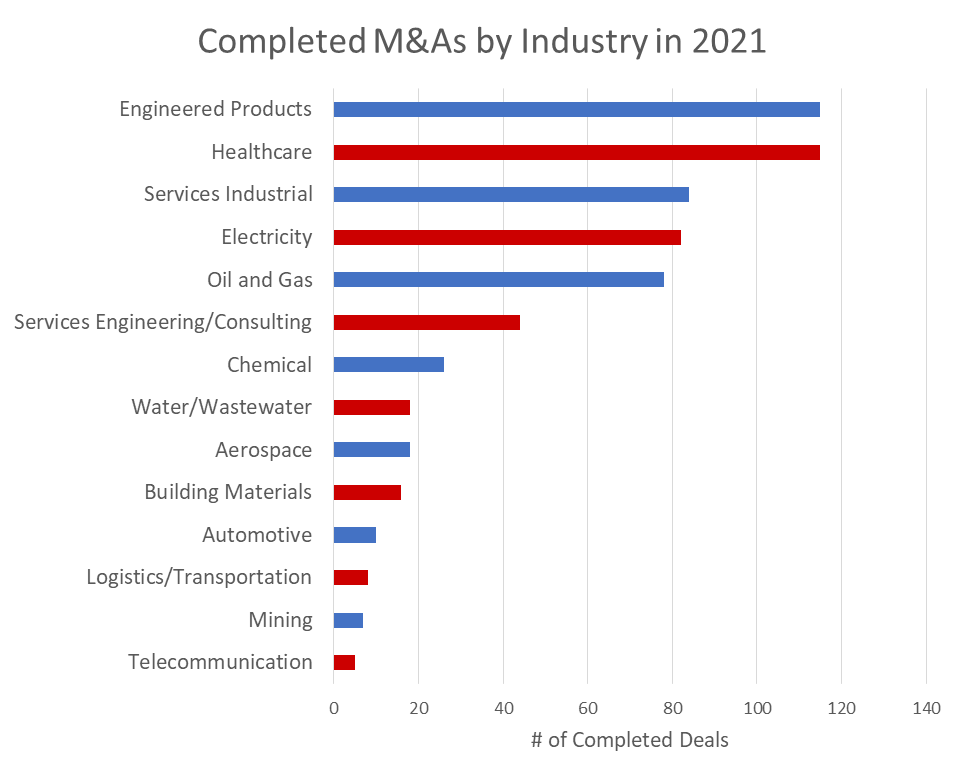 The largest deal completed in 2021 was the merger between Peugeot and Fiat Chrysler Automobiles. This $52.0 billion worth transaction created one of the largest automotive companies in the world. As we mentioned, the second and the third largest deals occurred in December. Canadian Pacific Railway acquired Kansas City Southern in a deal valued at $31 billion, while Thermo Fisher Scientific acquired PPD for $17.4 billion.

The oil and gas industry was full of huge deals. Over 20 deals worth more than $1.0 billion occurred in this industry in 2021. Actually the next four largest deals were completed in this industry. This was a result of the rise of oil prices, especially in the last few months of the year.

The utilities industry was also very active, with its fair share of big deals, due to continued increased interest in renewable energy and more sustainable solutions. We should also mention a high level of M&A activity related to environmental services for the same reason.