In December, we recorded 62 completed transactions related to the North American M&A market in 12 different industries. The overall market activity was at a higher level than in the previous month. With 14 completed deals, the electric power industry was the most active industry. 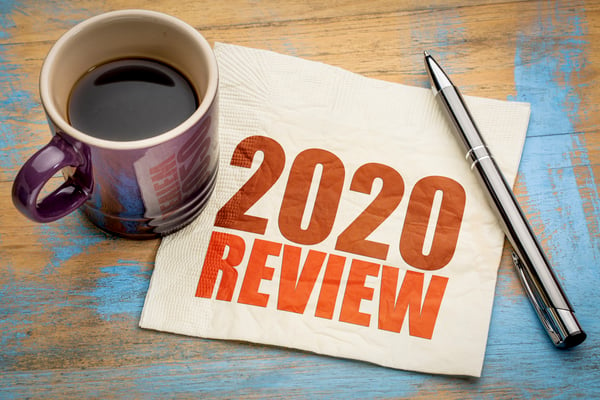 The past year was full of shocks and crises. The Covid-19 pandemic affected the world in unprecedented ways. But the pandemic was not the only thing that impacted the world. Nature reminded us more than a few times how fragile our climate has become. Additionally, our country experienced a wave of social justice movements and the presidential election.

It is not a surprise that businesses all over the globe were affected by those events. As an integral part of the business world, the North American M&A market responded as well. The first half of 2020 saw a significant decrease in M&A activity across most sectors. The number of both completed and announced deals slumped. We even had cancellations of some major deals due to the effects of Covid-19. The healthcare industry was one of the rare industries that didn’t suffer a major step back in M&A activity. After all, healthcare couldn't and didn’t stop during the pandemic.

However, with the Covid 19 vaccine’s increased likelihood, the market recovered in the second half of the year. Although FirmoGraphs recorded a similar level of completed transactions throughout the entire year, the number of announced deals strongly rebounded in the last six months of 2020. In the end, the level of M&A activity was lower than in the previous three years, but the end of the year promises a better year in the M&A market.

There was also a massive rise of SPACs in 2020. SPACs were one of the market highlights in the last twelve months, and it seems they have a bright future. 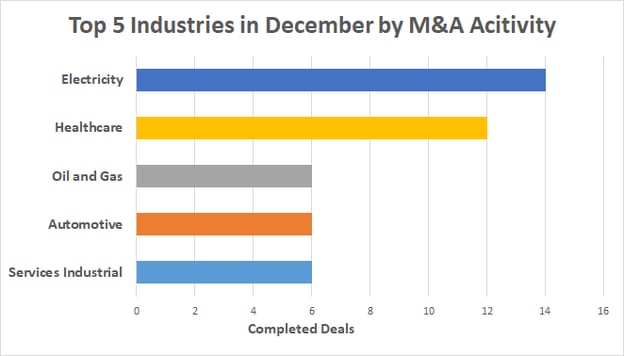 The utilities industry was very active in the last month of the year. We recorded 20 completed transactions, the highest level of activity recorded by FirmoGraphs in the last two years. The electric power industry led the way, with 14 completed M&A deals. The majority of these deals revolved around renewable energy. This is consistent with investors’ overall trend focusing more and more on renewable sources of energy and environmentally responsible projects.

When it comes to other areas of utilities business, we should mention Gas South’s acquisition of Infinite Energy's wholesale and retail natural gas business. This deal will significantly spread Gas South’s business in the southeastern U.S. doubling its nine figures annual revenue.

In total, six completed transactions were recorded in the oil and gas industry. However, more important than all those completed deals was an approval of the $12.0 billion merger between Devon Energy and WPX Energy by their shareholders. This massive transaction was actually completed during the first week of 2021.

Only four completed deals were recorded in the engineered products industry. The most significant one was Cleveland-Cliffs’ acquisition of ArcelorMittal USA for $1.4 billion, creating the largest producer of flat-roll steel in North America.

As always, the healthcare industry was one of the most active ones. In total, 12 completed M&A deals were recorded in December. The largest completed transaction was Novo Nordisk’s acquisition of Emisphere for $1.35 billion.

Among other industries tracked by FirmoGraphs, two deals stand out. Electric Vehicle developer Canoo Holdings and Hennessy Capital Acquisition Corp IV completed their $2.4 billion merger. Also worth mentioning is the established chemical joint venture between Sasol and LyondellBasell Industries in a deal worth $2.0 billion. These two deals were the two largest deals in December. 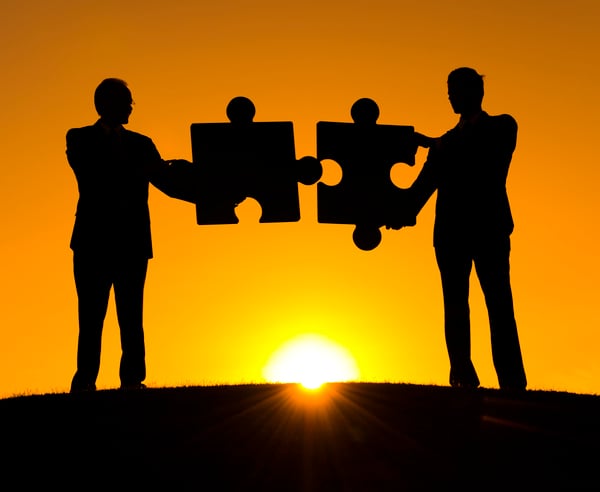 In addition to completed transactions, FirmoGraphs recorded almost 60 announced future deals, including 18 multi-billion dollar transactions. Among the announced deals, the most notable are: