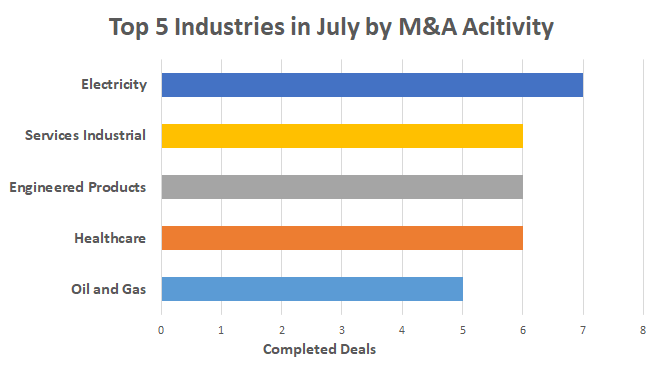 Six transactions were recorded in the engineered products industry. The only deal that stands out is DuPont’s acquisition of Laird Performance Materials.

FirmoGraphs recorded six completed transactions in the healthcare industry. The largest one was Eli Lilly and Company’s acquisition of Protomer Technologies, worth over $1.0 billion.

Among other industries, there were a few huge deals in the chemical industry. In fact, the two largest completed transactions in June occurred in this industry. Goodyear acquired Cooper Tire & Rubber Company in a deal valued at $2.8 billion. On the other hand, Origin Materials and Artius Acquisition completed their $1.8 billion worth merger.

In addition to completed transactions, FirmoGraphs recorded almost 40 announced future deals, including 13 billion-worth transactions. Among the announced deals, the most notable are: